Would you dive with bull sharks, one of the world’s most dangerous animals, in Fiji without a cage? GoodVis co-founder and editor Sam did, and she’s still in one piece. Really though, it’s not as terrifying as it sounds. Read on to find out how the famous shark dives work before you take the plunge.

Shark diving in Fiji’s Pacific Harbour isn’t new. Beqa Adventure Divers (BAD; Beqa is pronounced ‘Beng-ga’), the dive operation of my choice when I visited the country last month, has been carrying out these exciting sessions since 2004 (which gives you a good idea of just how experienced the crew is). But lately, interest in this idyllic island in the South Pacific Ocean has grown exponentially, particularly for Asian travellers. It could have something do with the fact that Fiji Airways launched direct flights from Singapore to Nadi (pronounced ‘Nan-di’) in April this year, so if you’re based in Asia (or can do a quick layover in Singapore), count yourself lucky because getting to paradise is now that much easier.

So how do the shark dives work?

All of these dives involve shark feeding and take place in Shark Reef Marine Reserve (SRMR), a protected sanctuary that’s a 20-minute boat ride from Pacific Harbour. Now, there are quite a few rules to follow for the dives, and I could tell you exactly what they are, but honestly, nothing beats the extremely thorough briefing you get the moment your boat – either the MV Predator or MV Hunter – leaves the dock just outside the dive centre. During the briefing, the crew will fill you in on the do’s and don’ts (i.e. everyone must wear gloves, no extendable GoPro sticks – unless you want to lose an arm), so pay close attention because safety is of paramount importance.

Every Monday, Tuesday, Thursday, Friday, and Saturday, you get two shark dives per day (Wednesday and Sunday are dedicated to soft coral dives). For the first 45-minute dive, the feeding is done at three different levels: 30 metres for the bulls, 10 metres for the grey reefs, and four metres for the blacktip and whitetip reefs. These are the main stars of the show, but be sure to keep your eyes peeled for other species; up to eight different ones – including tigers, sicklefin lemons, silvertips, and tawny nurses – can be spotted in this one area.

You only get about 17 minutes with the bulls in the Arena (so named because of the layout of the site – a low, semicircle dead coral wall you kneel behind while you watch the show) before you hit deco. There are feeders on the lower-level seabed and there’s another feeder in mid-water carrying a trash bin, and what they have is heaps of the bulls’ favourite delicacy: tuna heads.

“During peak season (June through August), you can easily see up to 50 of these apex predators!”

The sharks circle around the dive site and – quite politely – take turns to have a bite. Some are more dominant, while others are rather shy. You can see the different personalities of each animal and the more curious ones come close to you. Fret not though, several members of the crew are assigned as “bodyguards” and watch every single diver like a hawk. These guys also carry large aluminum poles that are used to prevent any shark from getting too close. In other words, you’re in very good hands.

I did the shark dives multiple times over a number of days and the most number of bulls I saw was 12. During peak season (June through August), you can easily see up to 50 of these apex predators!

The other two feeding stations with the grey reefs as well as the blacktip and whitetip reefs are equally exciting. In fact, these ones come in even closer. Be careful with the reef sharks; they tend to swim off exceptionally fast after getting their food, so if you’re right beside the feeder, there may be times where you actually have to duck.

After a one-hour surface interval on the boat, you enter the water again for your second and final dive of the day. This time the dive will last 35 minutes and it consists of one bull shark feeding session at 25 metres, followed by a slow, easy reef dive in the shallows.

Conservation: What goes on behind the scenes

I’ve always been a big fan of dive trips that aren’t just about, well, diving. I think the conservation aspect of things is absolutely crucial, and if an operation manages to weave that in to educate their customers, it’s fantastic. And that’s what I like about BAD.

During the first surface interval, one of the crew members will take the time to explain BAD’s efforts that help contribute to shark research and general data collection (BAD tags sharks on certain dives and the crew recognise many of these animals – some even have names based on distinctive body markings and features) along with the history of SRMR. Each diver has to pay a levy of FJD25 (USD11), and all of the money goes to the villages that own SRMR to keep the locals from fishing in the protected marine area. It’s a win-win situation for everyone, but most of all, for the sharks.

Also read: Here’s where you can go to see your favourite sharks

Another cool bit I have to point out is the Great Fiji Shark Count, an exercise held across Fiji waters that takes place twice a year – once in November and once in April – to determine estimates of the shark population. Since I was there in November, I was part of this initiative.

What happens is before each dive, the crew reminds the group to keep count of how many sharks (it doesn’t matter what species) they see. Back on the surface, the crew approaches each diver and asks for numbers, jotting down whatever’s been observed. If you ask me, it’s a brilliant move that relies on dive tourists as an additional resource for shark conservation in Fiji. Plus, it’s basically a fun citizen science progamme, and it’s always nice to know that, even in the smallest of ways, you’re doing your part to help save our seas.

BAD currently works with a number of partners, including Projects Abroad, a volunteer organisation that covers a range of community, conservation, and wildlife projects in over 30 developing countries, and Global Shark Diving, a worldwide alliance of dive operators that are committed to setting standards for responsible and sustainable shark diving).

Which brings me to my next point: the controversy of shark diving and feeding. Yes, it’s a touchy subject, and I know some people who wouldn’t support these businesses because they think it’s “wrong”. But, if you’re one of those people, I highly encourage you to do your research and get lots of reading done before you make up your mind. Director of BAD, Mike Neumann, has written plenty of opinion pieces regarding this topic. Here’s a really good one. If you ask him about his stand on all of this – as I recently attempted to – you’ll see right away how there is no straightforward answer for anyone. “It is complicated. Long story short: It is not what you do, it is how you do it!” says Neumann.

The Other Side: Soft coral dives

Shark diving aside, did you know that Fiji is known as the soft coral capital of the world? If you’ve a few days to spare, stick around for these colourful dives.

Red coral, yellow sponges, orange sea fans, anthias, angelfish, butterflyfish, overhangs, pinnacles, swim-throughs, even wrecks – you’ll see them all at dive sites like Carpet Cove, Seven Sisters, and Three Nuns. All the soft coral dives I did had very little to no current so exploring every nook and cranny of the sites and taking pictures was a real joy.

To tell you the truth, Fiji has become one of my favourite dive destinations next to top contenders like Tubbataha and Sipadan. The diving, coupled with the friendly locals and the overall beauty of a laid-back island state, makes this place heaven on earth for me. I know it will be for you too.

Average cost: Diving, accommodation, and meals are usually separate costs in Pacific Harbour; a room at Club Oceanus – one of the most affordable options in the area; that’s where I stayed and I had absolutely no complaints – starts from FJD200 (USD93) per night (I paid FJD172 (USD80) booking through Agoda), while diving costs FJD325 (USD152) for two shark dives and FJD300 (USD140) for two soft coral dives; expect to pay about FJD15 to FJD25 (USD7 to USD11) for each meal
Best time to visit: June – August
Getting there: Fly to Nadi International Airport; Pacific Harbour is about two hours away from the airport so you can either arrange a private transfer with your resort (approximately FJD180) or take the Pacific/Sunbeam buses, these buses run every approximately every hour and are much cheaper (no more than FJD20) compared to a private transfer and quite comfortable – ask your resort for the full schedule
Average visibility: 15m – 30m
Average water temperature: 25°C – 30°C (note that in winter – May through October – it can drop to about 18°C)
Experience level: Beginner – advanced 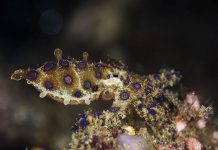 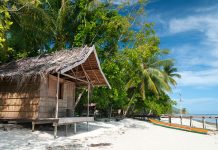 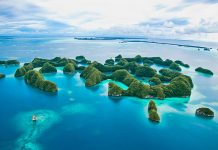 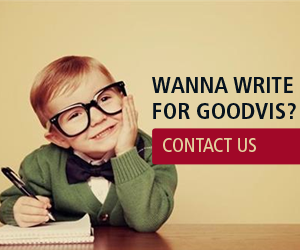 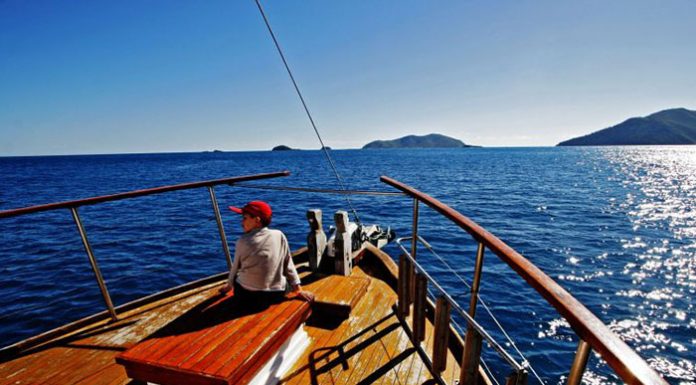 7 whale shark facts (and where to swim with them in...

Everything you need to know about shark diving in Fiji

10 reasons to love the ocean